Return of the Cell 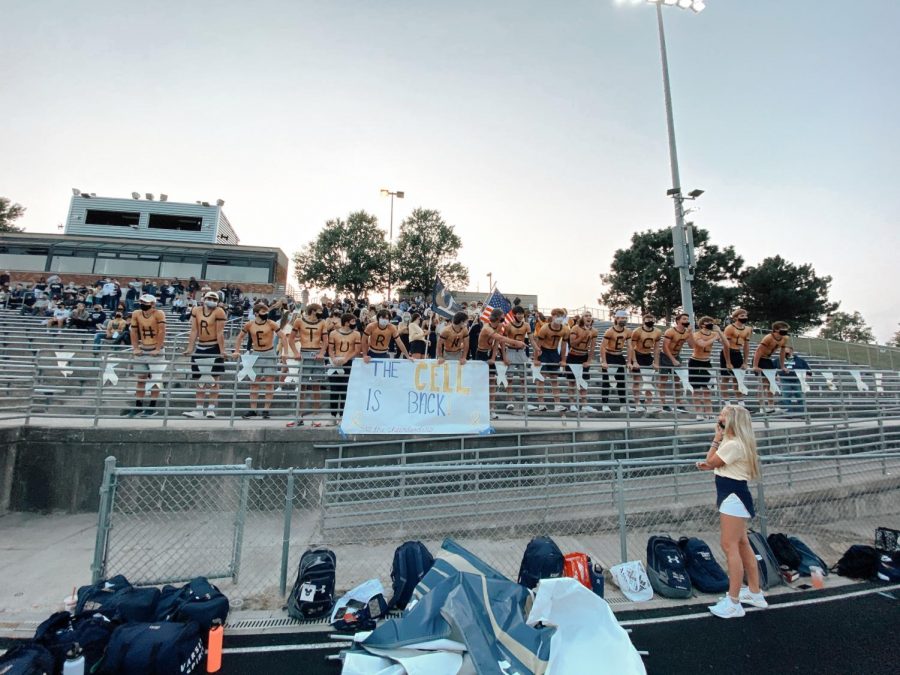 Tuesday, September 15, 2020 the Storm volleyball team took on Westside in a match that ended 3-0. The game was not too much out of the ordinary, as the varsity team took the win with a clean, fast sweep. One thing, though, was drastically different. Small but mighty, the first official student section of 2020 was in the stands cheering them on.
The Metro Conference announced on Monday, September 14, that seniors would now be allowed to attend sporting events in a “limited student section” along with the number of family tickets per participating athlete being increased to six. The news of this change spread quickly among the student body; it is what everyone has been hoping for all year.
Being only 6 people deep, and all senior boys with the support of the resting JV and freshman volleyball players, the section wasn’t much , but it was something. Just the idea that peers could again cheer on the teams that represent them is amazing nonetheless.
The real excitement came on Friday at the football game against Lincoln Southwest. The anticipation of being able to attend football games has been only rising since school started, with sports still being able to happen. The turn out reflected this excitement.
#returnofthecell was spelt out on the chests of the painted seniors at the front of the socially distanced students. It’s official; the Storm Cell is back. The energy was unmatched compared to the previous games, in which only family members of athletes and staff were permitted to attend. Traditions back and volume high, the game finally felt normal. The football team did not let their peers and fans down as they swept the Silverhawks 44-0.
As the season continues, students anticipate the upcoming games, including the Homecoming game on October 2 against Bellevue East.